The National Highway Traffic Safety Administration (NHTSA) says there are over 3 million vehicles with airbag inflators that explode, sending metal shrapnel into the cabin during an airbag deployment. While Honda is recalling the most, Nissan (and Infiniti) have recalled over 480,000 vehicles worldwide. That includes the 2001-2003 Infiniti i35 and QX4.

"Takata said the propellant wafers produced at a plant in Moses Lake, Washington, between April 13, 2000 and September 11, 2002, may have been produced with an inadequate compaction force. The propellant could deteriorate over time and cause too much combustion, which could cause the body of the inflator to rupture during air bag deployment."

Vehicles in more humid areas are particularly susceptible to the exploding inflators.

Parts supplier, Takata, manufactured defective, shrapnel-hurling airbag inflators that need to be recalled. The issue affects 34 million+ vehicles spread out across 24 brands, making it one of the largest (and most dangerous) recalls in aut 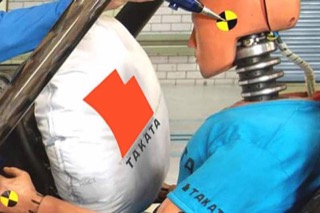